Mike Trace has a wide range of experience in the field of drug treatment and policy, from direct work with problem drug users to senior positions in national government and international agencies.

Following a period of 12 years working in and managing projects that provided treatment to the homeless, drug users, and offenders, Mike was offered the post of Deputy UK Anti-Drug Co-ordinator (National Drug Czar) in 1997 and held this post until 2002. His duties included the creation of the UK National Drug Strategy–Tackling Drugs To Build A Better Britain – and the oversight of the first 4 years of its implementation.

From 2000 to 2003, he was the Chairman of the European Union drugs agency, the European Monitoring Centre on Drugs and Drug Addiction (EMCDDA). 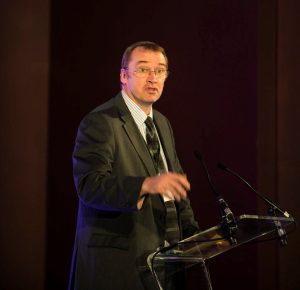 From January to November 2002, Mike held the post of Director of Performance at the UK National Treatment Agency, set up by the UK government to oversee the rapid expansion of the drug-dependence treatment sector. In November 2002, he left to take up the post of Chief, of the Demand Reduction Section at the United Nations Office on Drugs and Crime in Vienna.

Since leaving his United Nations post, Mike has returned to the UK and the non-governmental sector. He currently combines two leadership roles in the field of drug policy and drug dependence treatment:

– as Chief Executive of The Forward Trust